Included in the HSFA cost;

Speakers will be brought in periodically to talk about a variety of topics – these will happen via Zoom. Parents will be welcome to join as well. 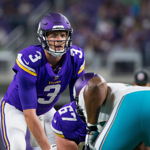 Mitch has been with the My7on7 team for only a few weeks and he has already made a lasting impact on our athletes. Mitch graduated from Lakeville South and became the starting quarterback for the University of Minnesota. After college, he was able to play for a few different NFL teams, including our Minnesota Vikings. During his playing career, he continued working with high school quarterbacks whenever he had the opportunity. No matter what level he played at, Mitch felt coaching was his way to return the favor for all the great things his coaches have taught him along the way. We are so excited for Mitch to share his expertise and continue to uplift our athletes during the spring youth season!

Here's another QB drill that also helps with balance and a quick release as well as footwork https://t.co/XUu00UVuQq

Check out what @htcyclone has been teaching our young athletes in the summer training programs. This first drill is… https://t.co/c4dAgxHCse

Actions speak louder than words & My7on7 coaches use those beliefs in practice & games. Our coaches have shown incr… https://t.co/9tgGVGr6NY

FINAL CHANCE! Registration for the #Showdown closing at 11:59pm! You don't want to miss this opportunity to compete… https://t.co/jpVz1LoD6r

Linemen are an often overlooked position in football; that's why #My7on7 is excited to introduce the lineman traini… https://t.co/7P51ZhK9va